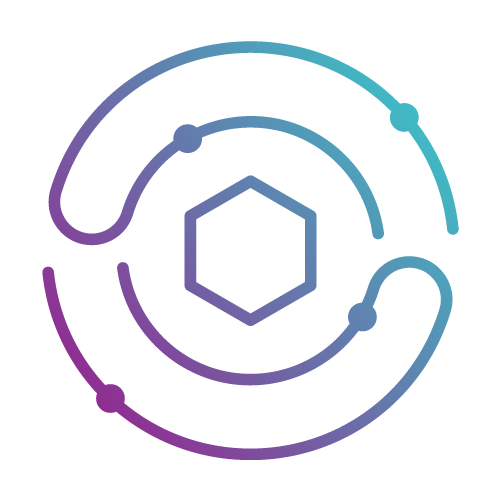 To help medical community in the current time-critical race to find a cure for the virus, we propose a machine learning-based system that uses state-of-the-art natural language processing (NLP) question answering (QA) techniques combined with summarization for mining the available scientific literature. Our system is based on COVID-19 Open Research Dataset (CORD-19), which is a resource of over 200,000 scholarly articles, including over 100,000 with full text, about COVID-19, SARS-CoV-2, and related coronaviruses. We have uploaded our code on a Kaggle notebook as part of our submission to the CORD-19 challenge, and we have also submitted an arxiv paper describing our system. This system is developed for expert research questions on the topic. It is not to be used by the general public for diagnostic purposes. 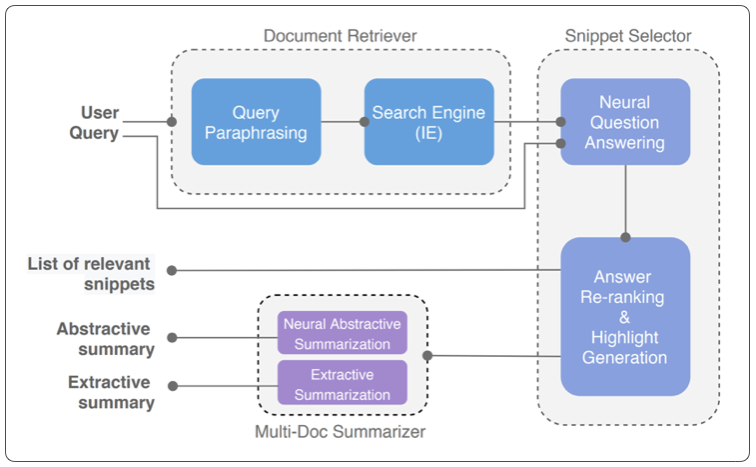 What is the effectiveness of drugs being developed to treat COVID-19 patients?
What do we know about vaccines and therapeutics of COVID-19 disease?
What are the risk factors for COVID-19?

1. Diagnosis and Management of Pneumonia in the Emergency Department

Pneumonia is often divided into two types: (1) ''typical'' pneumonia, which is caused by pyogenic bacteria, such as Streptococcus pneumonia or Haemophilus influenzae, and is characterized by productive cough with purulent sputum, high fever, and lobar consolidation, and (2) ''atypical'' pneumonia, which is caused by organisms such as Mycoplasma pneumoniae and Chlamydophila pneumoniae (formerly known as Chlamydia pneumoniae), and is characterized by a nonproductive cough with diffuse interstitial infiltrates. This differentiation is somewhat artificial; a clear differentiation between these two types of pneumonia on clinical grounds alone is impossible, and coinfection can occur. Factors studied prospectively and found not to be more frequent with atypical pneumonias than with pyogenic bacterial etiologies include gradual onset, viral prodrome, absence of rigors, nonproductive cough, lower degree of fever, absence of pleurisy, absence of consolidation, low leukocyte count, and an illdefined infiltrate on chest radiograph [19].

2. Pneumonia and Other Respiratory Infections

Pneumonia usually begins as a colonization of the mucosa of the nasopharynx followed by spread into the lower respiratory tract. The infection can be community acquired or nosocomial. Bacteria, viruses, atypical organisms, and fungi are all known to cause pneumonia. In prospective research studies, a causative organism can be identified in nearly three quarters of cases of pneumonia. Respiratory viruses seem to be responsible for approximately 40% of cases of community-acquired pneumonia in children who are hospitalized, particularly in those under 2 years of age, whereas Streptococcus pneumoniae is responsible for 27% to 44% of the cases of community-acquired pneumonia. 8, 9, 10, 11 Although infection with Mycoplasma pneumoniae and Chlamydia pneumoniae usually are considered to cause pneumonia in children of school age and in older patients, one study, in which preschool-aged children had as many episodes of atypical bacterial pneumonia episodes as older children, challenges this view. 9 In this study a bacterial cause was identified in 60% of cases of pneumonia, with S. pneumoniae causing 73% of the cases in which a bacterial cause was identified. Other bacterial causes such as Staphylococcus aureus, Moraxhella catarrhalis, group A Streptococci, Streptococcus milleri, and Haemophilus species (non-type b) were identified infrequently. Mycoplasma pneumoniae and Chlamydia pneumoniae were responsible for 14% and 9% of cases of pneumonia, respectively. The most severe disease occurred in patients who had infection with a typical bacterial organism or in the 23% in whom mixed bacterial (usually S. pneumoniae) and viral coinfection were identified.

3. Atypical pneumonia—time to breathe new life into a useful term?

Through the second half of the 20th century, several newly described microorganisms were identifi ed as causes of the atypical pneumonia syndrome. In 1944, Eaton and colleagues 28 described a fi lterable agent from patients with pneumonia that could be transmitted to rodents. First thought to be a virus, the Eaton agent was eventually recognised as a mycoplasma and named M pneumoniae. 29 This organism is now regarded as the archetypal agent of atypical pneumonia. Although psittacosis (now known to be caused by Chlamydophila psittaci) was fi rst described in 1880 30 and was wellrecognised by the 1930s, 31-33 pneumonia caused by Chlamydophila pneumoniae was fi rst recognised much later. Originally referred to as the TWAR strain, C pneumoniae became recognised as a cause of pneumonia in the 1980s [34] [35] [36] [37] and was designated as a new species in 1989. 38 An outbreak of pneumonia among delegates to an American Legion convention in Philadelphia, PA, USA, in 1976 fi rst brought legionnaires' disease to the world's attention. 39, 40 Subsequently, Legionella spp were recognised as important causes of both sporadic and epidemic pneumonia around the world.